How to auto organize Google Drive with Apps Script

Do you use Google Drive to synchronize and backup your work?

If yes - Does your Google Drive root folder looks cluttered like this? 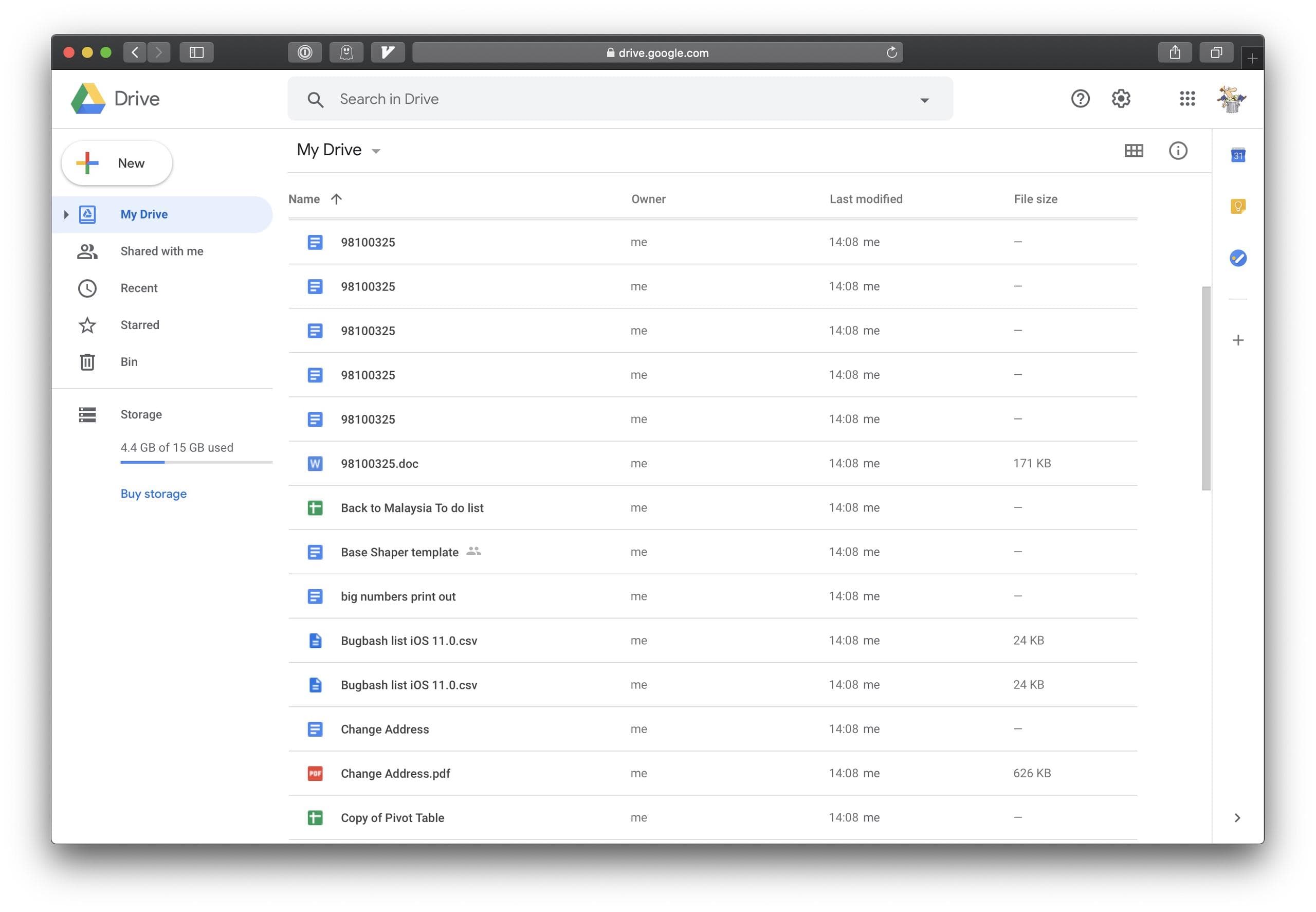 That is how my messy my Google Drive folder used to look like.

Its not my fault. Because when creating a new document on Google, the files are stored in the root folder of Google Drive.

Over time, they can easily clutter up the root home folder.

Root folder is the first location you see in Google Drive

Unfortunately there are no setting/option in Google to auto organize the files in Google Drive. I will need to clean up my Google Drive from time to time. Fortunately, this clean up task can be automated with (link)[Google Apps Script].

This Google Script tutorial will help guide you on how to make a Google App Script to automate cleaning up our Google Drive folder.

What is Google App script

Before we move further, lets define what is Google App Script.

Google Apps Script is a rapid application development platform that makes it fast and easy to create business applications that integrate with G Suite. You write code in modern JavaScript and have access to built-in libraries for favorite G Suite applications like Gmail, Calendar, Drive, and more.

In other words - Google App Script:

Writing an App Script to get the root folder

Visit https://script.google.com/ which show your projects.

Lets create a new script. Click on 'Create Apps Script' on the same page. A web editor should be visible in your browser. 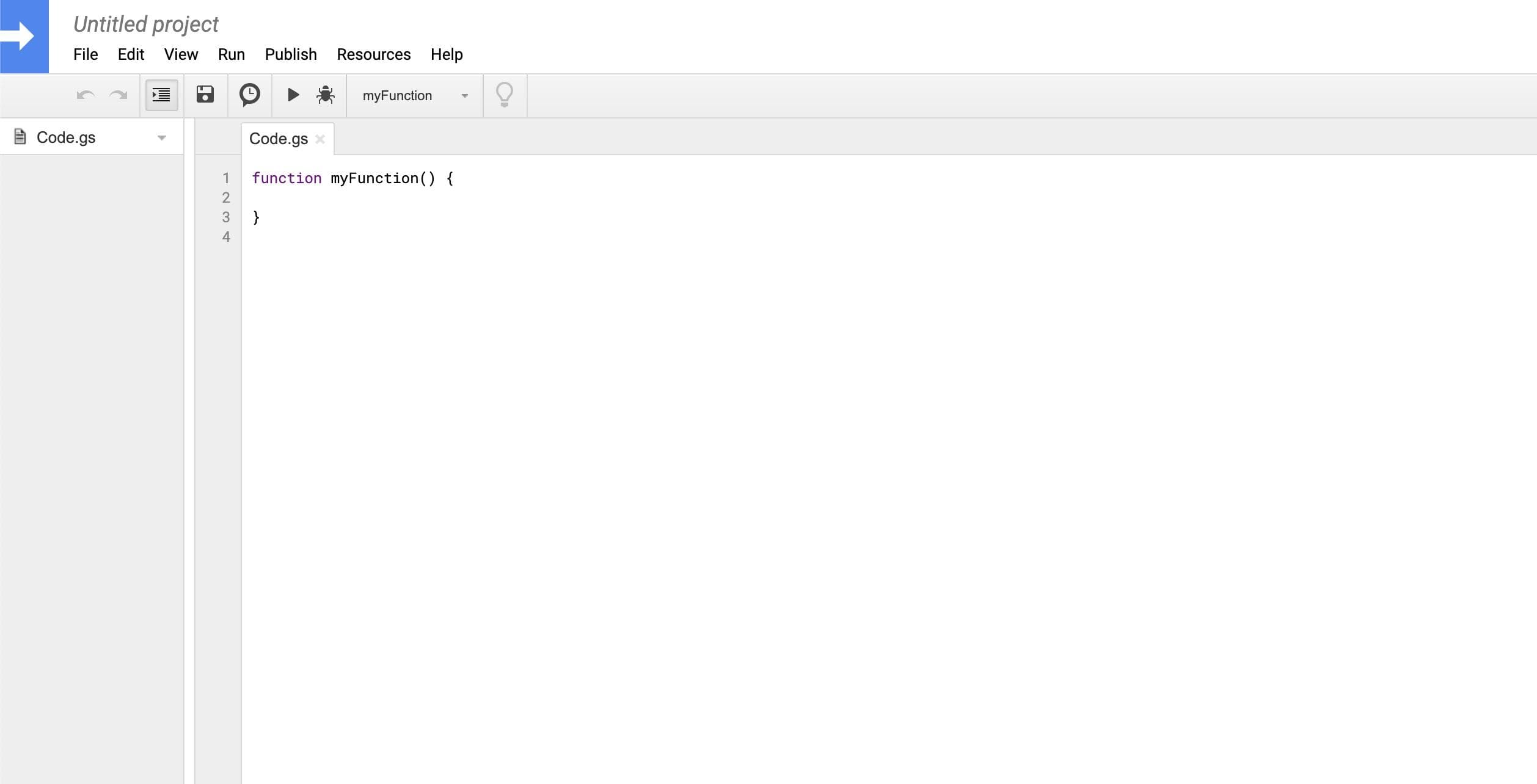 The web editor will be where you would spend most of your time tinkering with code.

For now, lets give a name to our project. Click on the 'Untitled project' and give the project a name. I named this project Clean up.

First lets write some code to get the root folder and display the name. Replace the code in the web editor with the following:

Execute this code by pressing on the run button:

Since this is our first time executing some code, there will be an authorization request

Click on review permissions. Since this is our script, we can just approve the permissions. The new error you will see is that Google has not verified our script yet. 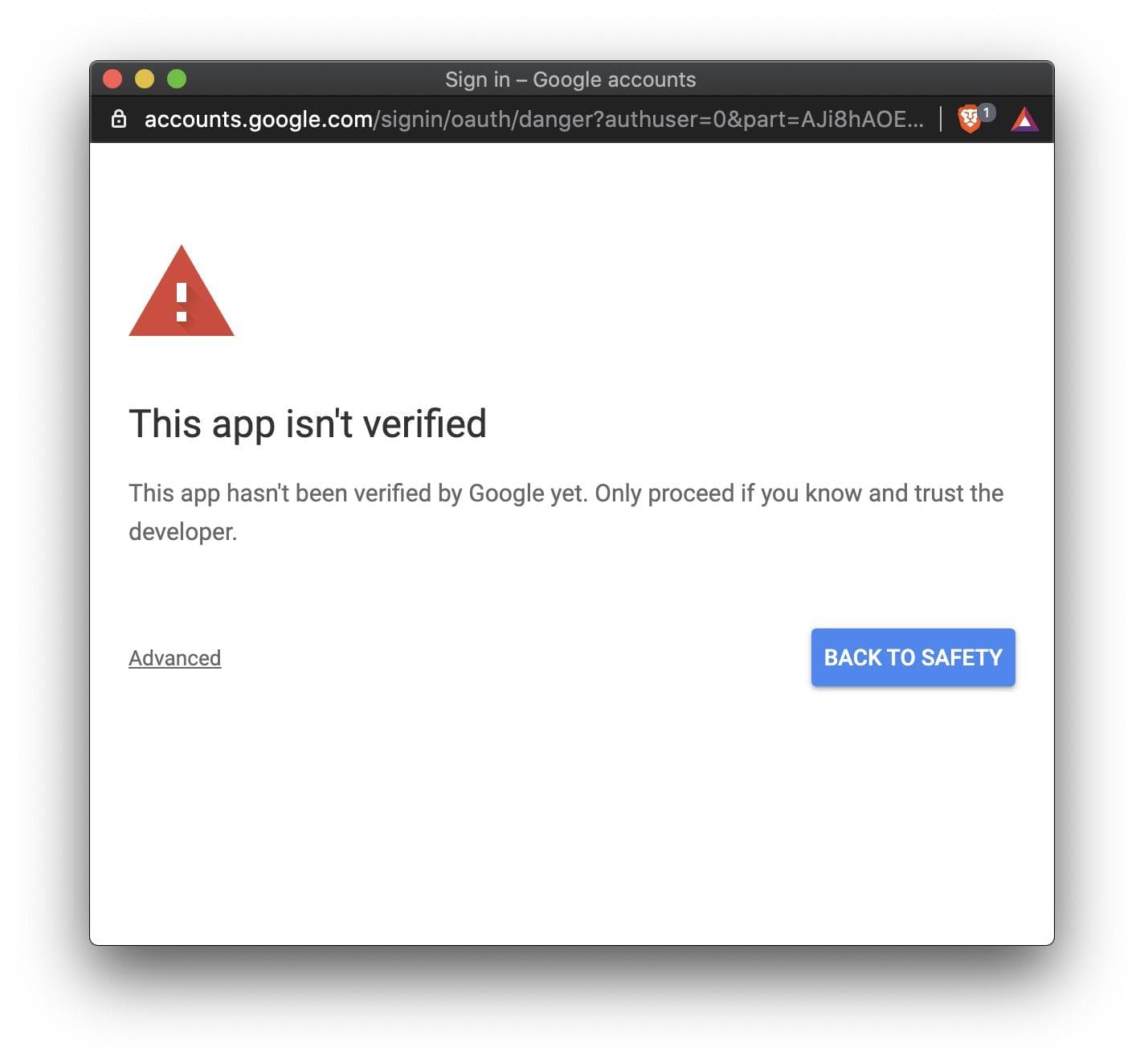 Click on the advance button and the option to go to the script. 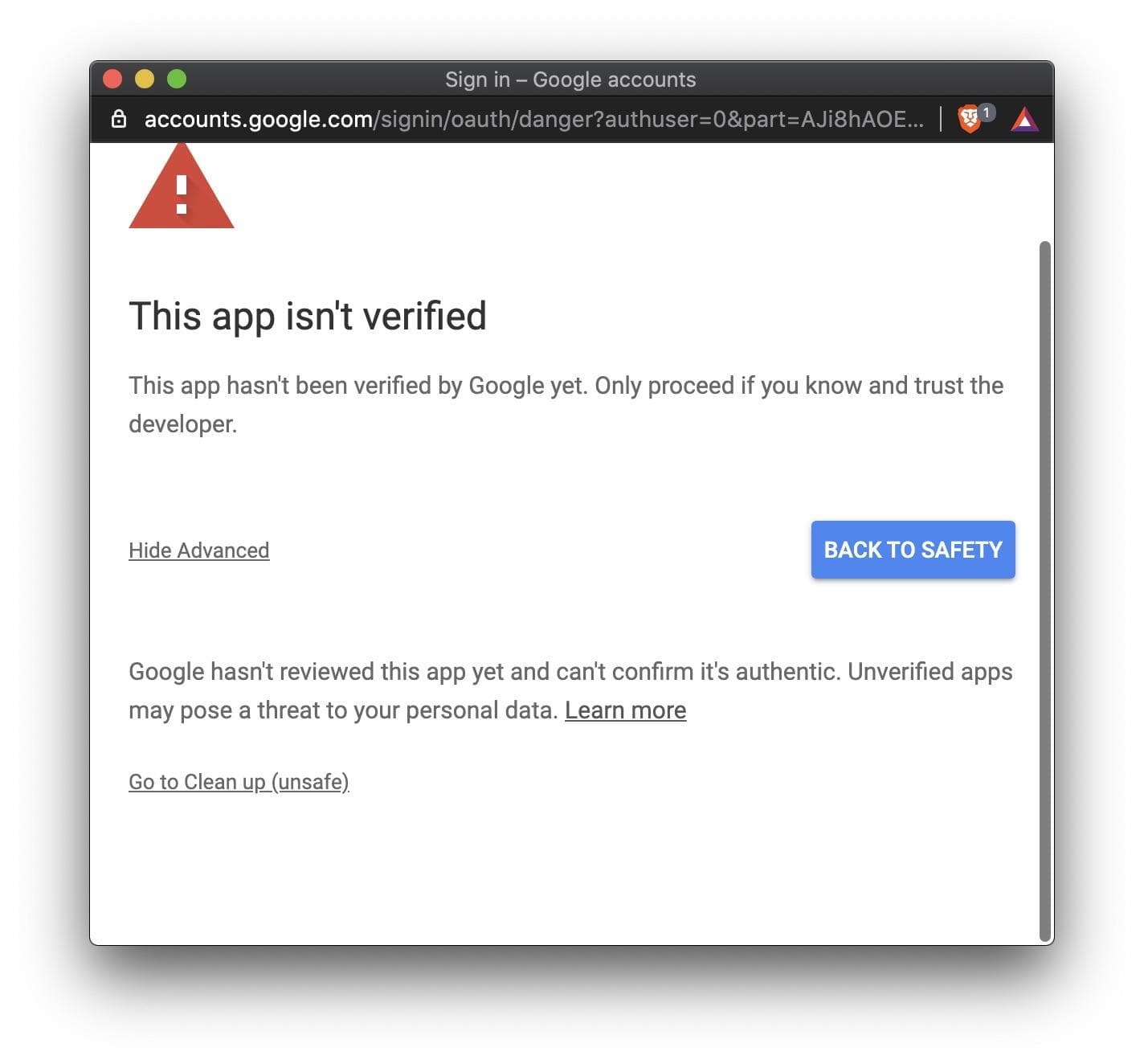 After we have been given permission. Re-Execute this code again by pressing on the run button:

If all goes well, nothing should happen. Lets visit our logs to check if it works. Open the logs from the menu bar 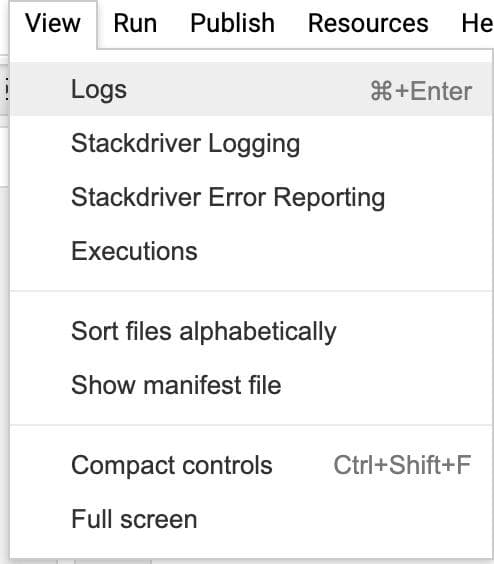 A log window should appear with the following output: 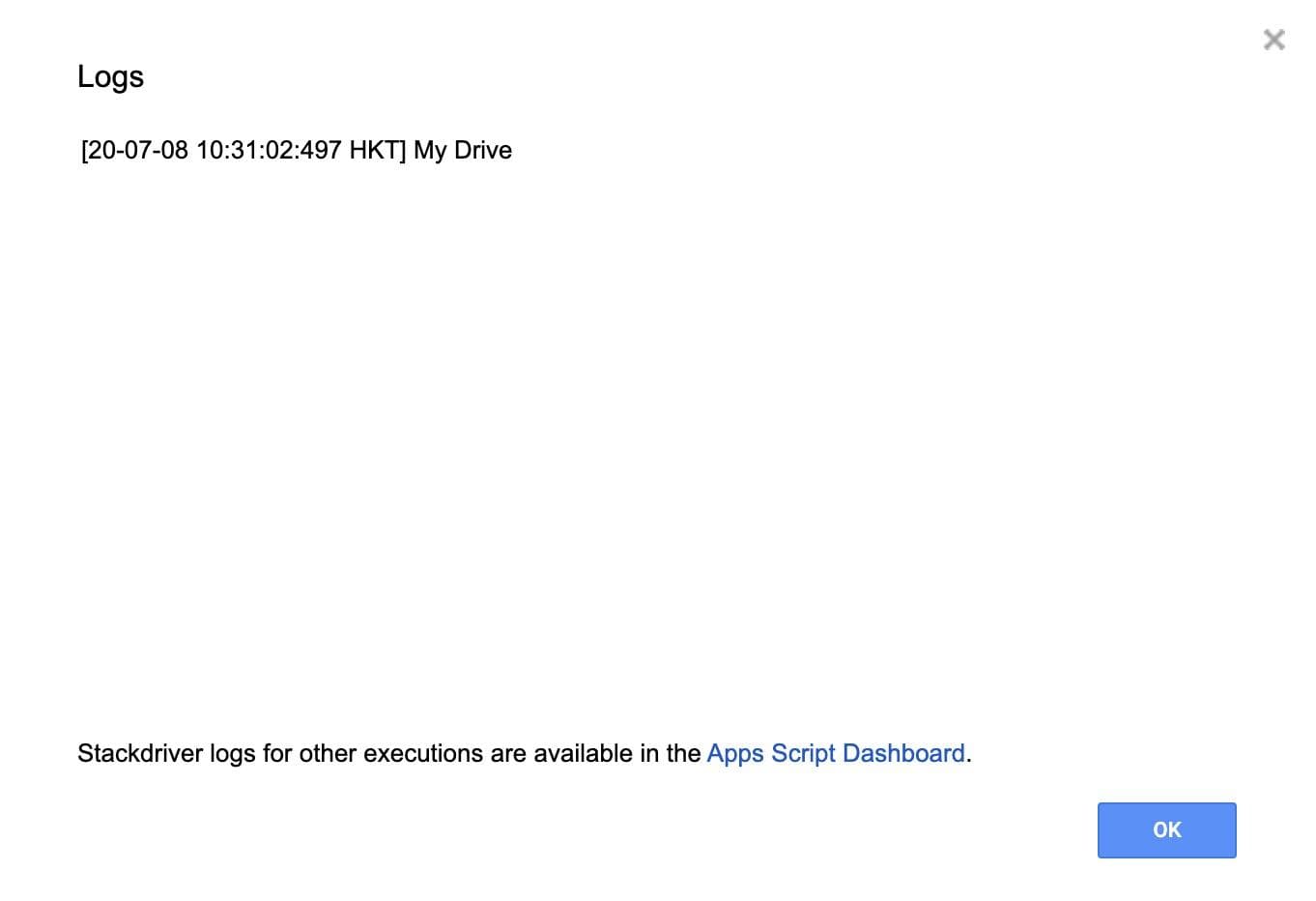 Great! Our script was able to retrieve the root folder and write its folder name to the log files.

Logger.log() is a great way to debug your code and ensure that everything works. In our example, without logging, we will not gain any feedback if our script was successful or not.

Before we continue, lets define our next steps for our script. Our script should do the following:

Retrieve all the files in our Google Drive

Update the script with the following changes:

Our code above will now loop through all the files in the folder and print out the file name.

Determine the file type of each file

For each file, we want to determine its type. Once we know its type, we can sort them to its correct folders. Here are some examples:

We can easily determine the file types by reading its mime type.

A MIME type is a label used to identify a type of data. It is used so software can know how to handle the data. With MIME, opening an image will open an image viewers instead of a text editor. MIME type has the following format 'type/subtype'. Example: image/png

Back to the script - add the following method at the top of the file.

This method gets the mime type of a file and returns the subtype. A google sheet file has the following mimetype:

The function above will remove all the other text and return spreadsheet.

Lets integrate this method to our script. Update the script:

Each file is passed to getExtension. The output of this method will be used to determine which folder to move the file to.

Create folders for that type if it does not exist

Before we can move files to their folder, we need to find the folders and create them if they do not exist.

Lets update our script to do this.

Move the file to folder.

Now folder will contain the folder that we will move the file into. The final change is simple,

Calling file.moveTo(folder) will move out file to their respective folder. If you have successfully reach this part, your Google Drive root folder should look organized. 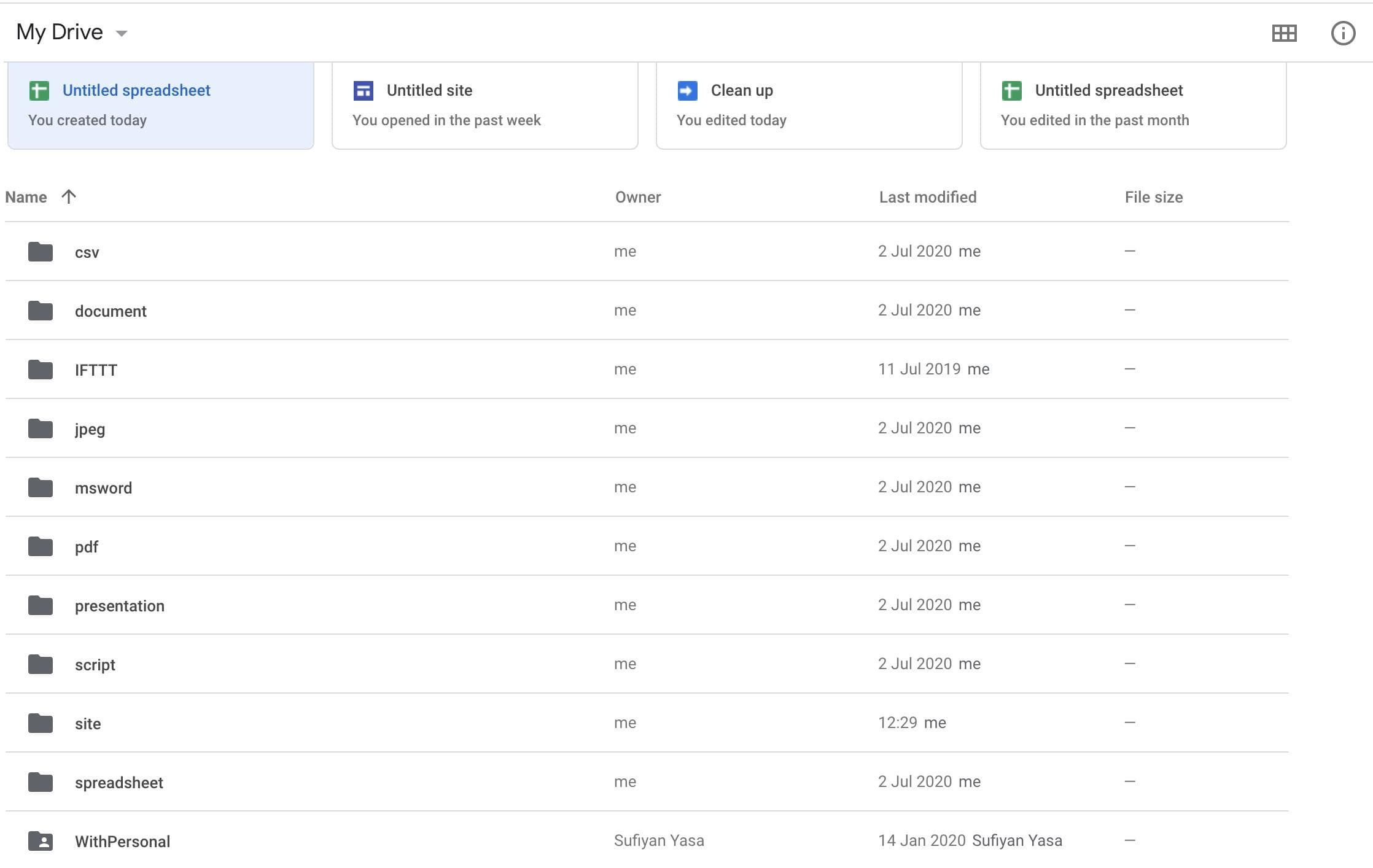 Automating this on every hour

Notice that we still need to run this script manually. We can automate this by creating a trigger. A trigger can be a scheduled job on a fixed interval.

Open the edit menu item and select all triggers. 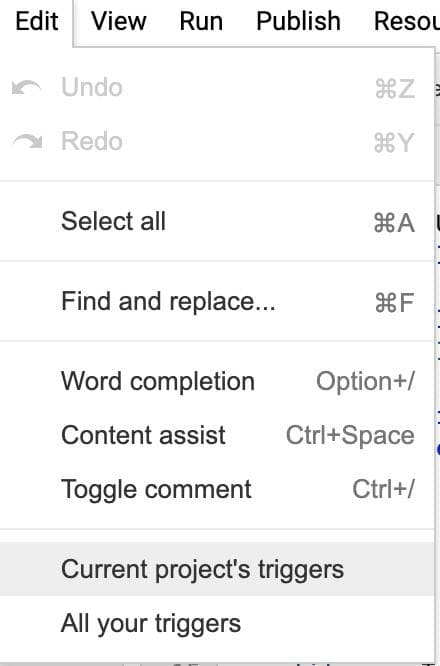 This will bring you to the Triggers listing page. Click add a new trigger. 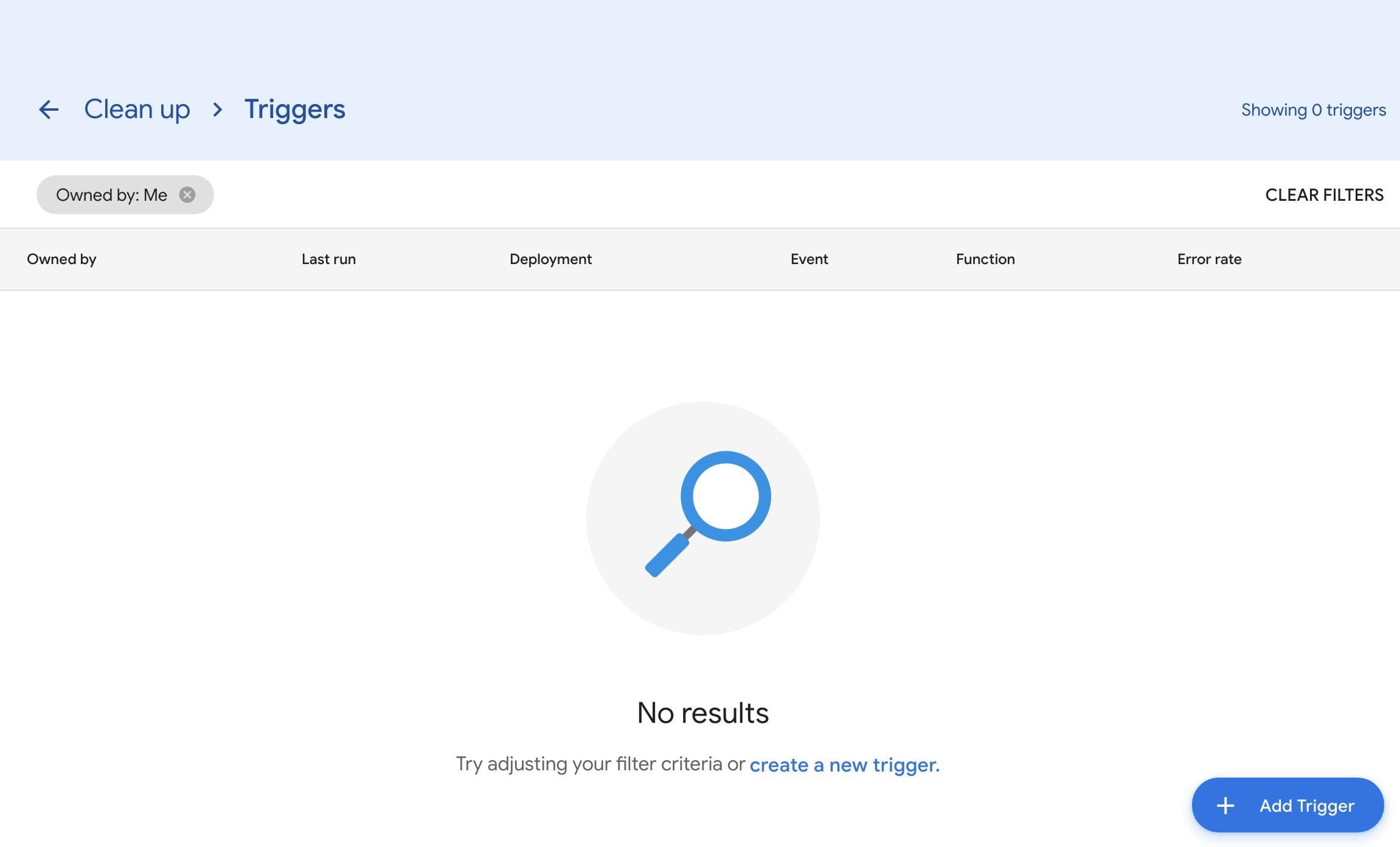 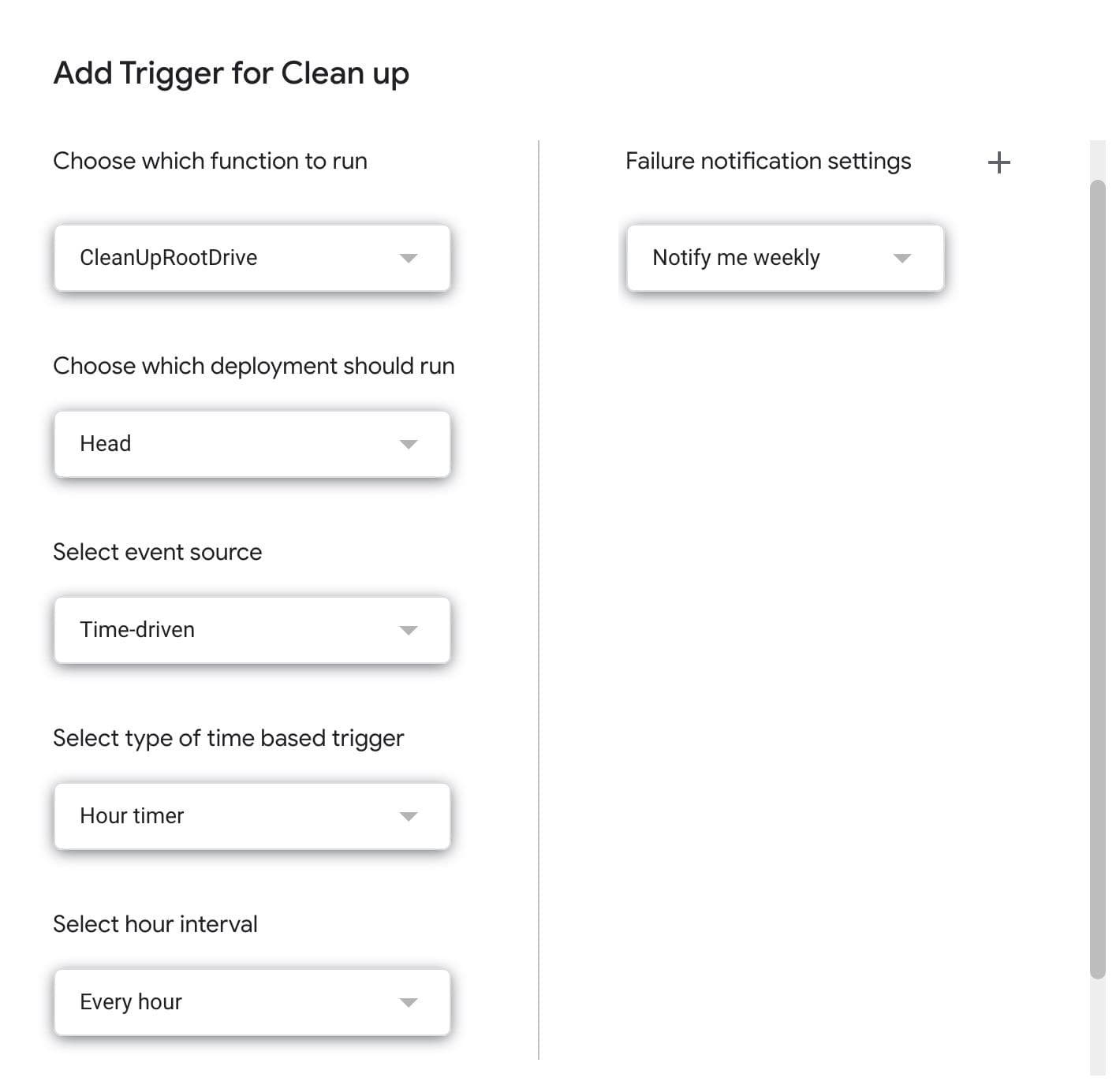 Your trigger should now appear on the trigger listing.

On every hour, your script will be executed and clean up your Google drive folder.

The final version of the script that does a few extra things.

Get the final script here!